When it comes to removing “silver” mercury amalgam fillings, the focus is almost always on safety – and for good reason. Those restorations are mostly mercury (about 50%), and mercury is one of the most toxic elements on Earth. It’s especially harmful to the brain.

Mercury is most damaging when inhaled as a vapor, as it’s a quick trip from the lungs to the bloodstream. From there, the metal can be transported throughout the body. Yet great quantities of vapor, along with particulate, are what you would get if you were to just cut it out with a standard dental drill and no precautions. Take a look:

Clearly, when mercury is involved, everyone in the treatment room needs to be protected. Just as vital is keeping mercury from being suctioned into the waste water lines or deposited with regular trash – two common points through which dental mercury makes its way into the environment. In fact, once you take all sources into account, the dental industry contributes up to 35 tons of mercury pollution every year in the US. The global estimate is 100 tons!

This is exactly why biological dentists like Dr. Abdulla take the time and effort to get certified by the International Academy of Oral Medicine & Toxicology in the safe removal of mercury amalgam fillings through their SMART program. (“SMART” stands for safe mercury amalgam removal technique.) Here’s an overview of what it entails and why it matters so much to your health (and ours!).

The short version: When amalgams are removed unsafely, it can actually make you sick.

But safety during the procedure is just one part of getting a good result from the process. Another is making sure that the materials used to replace those fillings are biocompatible. After all, you don’t want to remove one toxin only to put another in its place. One more is, crucially, detoxing from all the years, even decades, of mercury exposure from so-called “silver” fillings.

Contrary to popular belief, mercury doesn’t stay locked in the filling once it’s placed. Small amounts of vapor are released under the pressure of every bite and swallow, among other conditions. Some of that vapor gets inhaled.

Elemental and methylmercury are toxic to the central and peripheral nervous systems. The inhalation of mercury vapour can produce harmful effects on the nervous, digestive and immune systems, lungs and kidneys, and may be fatal. The inorganic salts of mercury are corrosive to the skin, eyes and gastrointestinal tract, and may induce kidney toxicity if ingested.

Although some of the mercury released from amalgam fillings does get excreted, some of it also gets stored in the body’s tissues, bioaccumulating, just like in fish. Mercury is especially drawn toward fatty organs, but especially the kidneys and brain.

Removing the fillings only gets rid of the source of the toxic exposure. It does nothing to address the problem of all the metal accumulated in the body. Special measures must be taken to release this stored mercury so it, too, can be excreted and the body can fully heal. 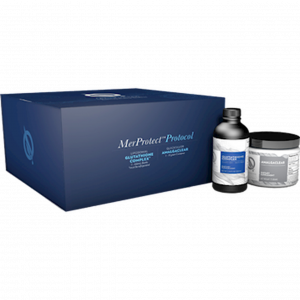 The detox process actually starts before the removal procedure, with a protocol designed to prepare the body to heal, amping up its ability to bind mercury so it can be excreted normally and not reabsorbed. While different biological dentists have their preferred “pretox” protocols, in our office, Dr. Abdulla uses a two-step protocol called MerProtect, which supports the body in detoxifying and removing mercury and other heavy metals.

Based on the patient’s health history, current symptoms, known sensitivities, and any supplements or remedies they may already be taking, additional “pretox” recommendations may be given. (No two patients are alike.)

After the procedure, we have you work with an integrative or naturopathic physician for chelation therapy: treatment designed to clear the rest of the stored mercury. If you’re not already working with one, we’re happy to refer you to one of Dr. Abdulla’s trusted colleagues. Depending on your particular health situation, your physician may recommend therapies in addition to chelation, such as homeopathic protocols, sauna, and more.

The most important thing when it comes to detox is that you don’t try to go it alone, especially if you’ve been dealing with chronic illness related to your mercury exposure. There are all kinds of websites chock full of advice, shared with the best of intentions. Not all of the info may be accurate. When accurate, the advice may not be advisable for certain people. Following it could actually wind up making things worse.

Doctor-supervised detox makes sure that you get the right procedures and dosages in the right way so that you can heal from years of mercury exposure and toxicity – safely.

← Flossing May Not Be Fun, but It Matters - to Mouth & Whole Body Health Alike Undiagnosed Sleep Apnea? That’ll Cost You →
Contact Us to Book a Consultation